My Interview over at JiuJitsuSweep

Thanks to Manny over at JiuJitsuSweep for the interview! It's cool to hear so much of my training experience summarized in one conversation.

Continuing with the Branding Series:

In these days of easy publishing, branding is especially important to anyone producing BJJ related media or learning material. An academy has location, a facility and learning environment to draw in or put off students, but if you're producing an e-pub, managing a Twitter feed, that logo, your color scheme, those photos...they take on a whole different meaning.

To summarize Roy Dean's brand, it's a juxtaposition of the traditionally stoic martial arts and modern, accessible individualism. As far as recognizability goes, this brand comes out on top. Check out that video. Listen to the music. What do you think and feel? It's clean. It's modern, maybe even futuristic, but tempered with flavors of Japanese culture and imagery. Go to the website. Tell me you don't see the same thing. Now go check out one of his DVDs. Pay attention to the production. Go to YouTube and look at some demonstration. You'll see similar color schemes reflected in the studio itself.

Earlier this week, I had what I can only describe as an amazing purchasing experience fueled by some brilliant brand execution...and I'm not one that buys into branding easily. At the most, I've sipped the Apple Kool-aid via iPhone ownership. As we all know, the recently retired Steve Jobs has built one of the most loyal brand followings in the history of mankind (all you Mac folk out there know I'm telling the truth), and it's because he sold more than a product, he sold an image, an idea, a concept...he filled a spot in peoples' lives and identities.
Read more »
Posted by Megan at 7:38 PM 6 comments:

Accepting that BJJ has come, and will come, to me.

So I've completely broken out of my Monday-Wednesday-Friday, I-train-three-days-a-week pattern.

As structured and disciplined as I can be, it bores me after a period and I need to shake things up to keep myself from feeling stagnant. Perhaps expectantly, this has helped me genuinely internalize the fact that I will internalize this art and, while periods of increased effort do provide benefit, if they are done so out of pursuit of one intangible or out of fleeing another, well, they've become to strike me as futile. It may be the stage in life at which I walked through the doors...I started after checking the "supposed to" boxes in my life and began when I decided I had room to get back to the things that are unique to, and define me.

I was sitting at work today and got an IM from my mom.
"I saw your wallowing people on the front page of Yahoo!...this thing is going to EXPLODE."
She then sent me a link to this article about a Colorado mother who flew her son to California to enroll in the Gracie Bullyproof program and for private lessons with Rener Gracie after some pretty severe bullying episodes at his school. It's a very nice read.
Read more »
Posted by Megan at 8:02 PM 4 comments:

How to use deal-a-day sites

I just got a gorgeous Tatami Zero-G midas from BJJ HQ and I love it...seriously. The weave on the pants is better than some of the high end slacks I have. It's made of a magic, hybrid weave that I have yet to test out...that post will be coming in the near future once I get a chance to break it in.

But yes...I don't know if it's because they're mostly guys and aren't necessarily savvy when it comes to online shopping or what, but after reading comments by some users on the site, I decided the BJJ world needs some education on using sites like Woot, Gilt and of course, BJJ HQ, the grappling-focused cousin of MMA HQ.

If you don't know what these sites are, they're amazing. The basic idea is that they have items on sale for a set amount of time and after that time ends, or quantities run out, no more item for you. I'm a person that hates shopping, but likes shiny stuff, but also refuses to pay retail, so my phone is full of apps and alerts and reminders to let me know when something good might be up for grabs. To get the good stuff, you've got to be on alert and know the rules, so here are a few pointers if you're new. 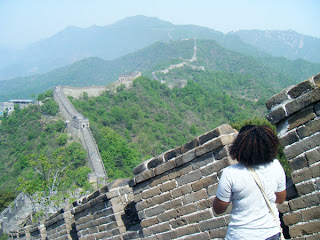 So I went to the morning class today...and as it always seems to go, whenever I take a day off to go to a different class, I end up in a class covering something I LOATHE. Today...standing guard passes.

So...making steps to get back on track with the eatings. I'm back on the eat-more-vegetables bandwagon.

I don't really like vegetables, and I'm a cheese freak--I used to spend upwards of $40 a month trying cheeses from all over the planet, but I've cut back some since I've started training, trading in my high-moisture (usually means higher fat) cheeses for harder ones--so a cheese is almost a must when I do a vegetable preparation. This time I did yellow squash with parmesan, thyme and olive oil. Simple, fast, great flavor.

Surprise! Yes. It's Brazilian Jiu Jitsu. I'm skipping the sheer loss of poundage this time and talking instead about the mental aspect. Over the last four months of skin infections and busted joints I've been inactive and have absolutely ruined my eating habits. I was in a boot for two weeks, off rolling for a month, quarantined for a week and spent 10 days stuffing my face twice a day, trying not to vomit up antibiotics...and it's not like I was loading up on broccoli and turkey breasts.

So yes, I've emerged from my hole of viruses, broken bones and bacteria noticeably fluffier. Pre-BJJ Megan would have been in a complete funk. But this morning, I looked at my fleshier middle and fuller thighs, marveling at how they now camouflage the grapply muscle I've picked up over the last two years. I chuckled and felt neither guilt nor shame. No disappointment or twinges of failure revisited. Nope. All I thought was "Look at how puffy you've gotten! You'll roll it off." The calmness was almost shocking, and I can't possibly understate the value of peace when it comes to weight management.

Defense soap and my week and a half with a MRSA diagnosis.

So yeah...about 2 weeks ago, after having a little sore spot under my nose rapidly turn into a painful, swollen face and 100 degree fever (while taking Advil), I was informed I had a MRSA infection in my face (which, since martial arts practitioners are in one of the high risk groups for community acquired MRSA infections--I was told that was probably the source), sent to the ER for IV antibiotics and put on quarantine from kids and old people. Interestingly, I found out that MRSA is treated empirically, with no tests, but, thankfully, my dermatologist did a nasal culture and it turned out to be klebsiella, the bacteria responsible for pneumonia and many lower respiratory infections. Thankfully it responded to the treatment for MRSA.*
Read more »
Posted by Megan at 6:02 PM 6 comments:

I find it disheartening that in the U.S., the concept of teachers and students is relegated almost completely to the formal schools and universities.

One of my favorite lectures during my business studies was given by a small, bearded man named Michael Kami.. He told us of his life as an immigrant and path through the business world. Students marveled as his $10K/hr consulting fee. What struck me though, was his background. Was his degree in organizational management? An MBA from Wharton? Maybe the Saïd  Business school at Oxford? Nope. His degrees were in education (from state schools no-less). He said his job as a consultant was the same as teaching. You go in, you find out what's needed, and you show people the best way to change themselves to achieve desired results. I don't think I'll ever forget that lecture.

A compassionate soul is inner beauty. I believe this is true beauty. ~Fukuda Keiko

I love this lady. Sensei Fukuda Keiko, at 98, recently became the first woman to reach 10th dan in judo. Only three people in the world have attained the rank. The video below is a great documentary on her life and training.

I never know what to do with my mouthguard.

After reading a post on rolling after oral surgery, this really has me thinking.

Since day 1, I've been fascinated by how people treat their mouthguards. I don't think there's any other element of potential contamination on the mat that is so directly and consistently internal. I'm a bit...let's call it hyper-aware...of what goes on with the mouth--I've cracked my share of teeth and have had my share of issues in the oral area.

When I'm sitting out and want to have an actual conversation, I never know where to put my mouthguard. I don't even want my hands on it. All I can think of is some nasty bit of fungus taking up residence in my mouth (thankfully you can't get ringworm in there). Do you put it on the mats? On the floor? On your shoes? There aren't a lot of options. There's one of my favorite blues that I've seen put it inside his shirt under his gi, to which my first thought was "eewwww" but honestly, it's probably the cleanest spot available if you need to take a break. I'd rather have my sweat in my mouth than everybody else's everything.

And that doesn't even touch on how you clean it after use...if it's being cleaned. I rinse mine and bathe it in Listerine after each use...it's likely only harboring my germs (it's probably the only piece of BJJ equipment that can make that claim) but I still don't want them back in me after they've had time to marinate.

I haven't seen this discussed much, so I'd like to hear what everybody does with theirs.