These white belts have lost...their minds... 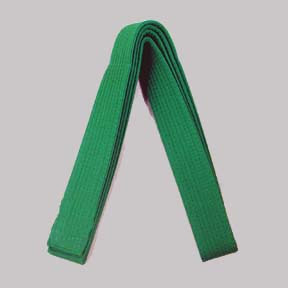 This is going to be my last post on the recent up-cropping of whitebelt-ego that I've been experiencing. My time at the gym is still 150% positive and the new lady visiting today was a reminder that my reaction to situations likely impresses on visitors...especially female visitors. That said. I'm really sad that I strained my right glut running today, because I needed it DESPERATELY to triangle the snot out of a white belt (#1) I was rolling with.

Today was one of those days where work had me burnt and my gluts were sore from some squat work I'd been doing (making good progress on squatting with heels flat on the ground). I came in just hoping to make it through class. So after warm up and drilling (during which a separate white belt told me the way I was taught to choke was wrong...and proceeded to critique the technique of a blue belt), I was pretty spent, but I always push through "spent". The instructor paired me with white belt #1 who proceeded to yell across the gym, with a chuckle "she looks tired!". I motioned for him to come over. After I took his back a little while into the round and was working on an RNC in, a guy yelled from the side "does she look tired now?". I could have hugged him, but I was too busy working on a body lock. It wasn't worth injuring myself to prove a point, so the rest of the round, I just made sure to keep breaking him down and not letting him get anywhere near passing my guard.

The whole situation made me think of something I said to the lady that was having issues with a fellow green belt criticising her. I don't think I could have handled this properly a few years back. There's this delicate balance to walk of maintaining the proper behavior expected of your belt, not letting lower belt egos run rampant (you're not doing them any good if you do), not having guys go too easy on you, and not becoming a firey ball of vengeance every time you get tested...and goodness knows that's happening more and more now. I'm noticing it happens more with lower belts and when I'm the only woman in class...the higher belts already have a certain level of respect for me. But yeah...a colored belt really does translate to a target on your back. I think I'm going to get a patch that says "No, you don't get my belt if you tap me. Calm. Down."
It's got me thinking that maybe, just maybe certain newbies do need to be roughed up a little when they start...just enough to get some cracks in the egos.
I guess it's all just part of the evolution of a gym though. New people come and bring their personalities and faults and contributions and all those meld within the enforced rules of behavior in the environment. I just...look at this crop compared with the ones I came in with and the contrast is SO stark. My "class" was cooperative and helpful and generally respectful, with each other and with higher belts. I'm curious to see which of these new guys last and how long.
Posted by Megan at 6:43 PM

"becoming a firey ball of vengeance every time you get tested" hahaha I love that!

I've given my 2 cent's worth on a similar issue in the past. When a beginner walks in, I always ALWAYS give them the first tap. I sometimes give them the whole roll! Not in a condescending way, but if the day's session was on armbars from guard, I will give them the "feed" or "indicator" when I'm in their guard and put my hand near their throat and when they go for the armbar I will not do the proper escape and I will happily tap to them.

Once they've been coming for a few weeks, they'll have to work to get my arm into the wrong position but if they do I still won't do the proper escape. In stead, I will hide my thumb and rotate my arm so they realise how important the angle is for the armbar. when they do, I will tap again.

Colour belts, however, will get all my technique and quite a bit of my pressure and weight too. People my belt or higher are a different story. It all depends on why we are rolling (comp prep, drill, flow roll...etc.)

Just last night I rolled with a white belt a bit bigger than me and very strong. When he got grips on the gi he wouldn't let go, so I let him. I didn't grip fight him, instead, I passed his guard and got to side control. The way he was holding me so tight, I would've need to apply leverage to break his grips open, but I just let him have me in side control. He had zero chance of escaping because he was holding me so tight, fearing I would take mount or attack him.

Why did I do that? Because I had just spent the previous 45 minutes teaching and drilling side control escapes. He didn't try a single one of them. I was giving him the feeds. He didn't take. His loss.

Yeah...it hit me today that the guy might just have issues losing to a woman (we'd only rolled once before and I didn't submit him, but I was in control the entire time). The ego issues we women run up against...very different...well...maybe they just come from different stressors.

@ Megan - "Issues losing to a woman" I have noticed that the smaller guys have this problem with me. They play nice with the big guys, but when the roll with me their "Napoleon Syndrome" kicks in and they become Captain Caveman. I'm only a white belt. What will happen when I get my blue?

@combatsportsreview: Youll win more often? When you get your blue belt, if you are good enough to threaten the big new guys, they will suddenly also acquire Napoleonic complexes. But if I am able to tap a certain guy on a regular basis, he either gets used to it or gets better than me. I think the problem that guys dont like to tap to women is a little exaggerated. Of course men dont want to lose to a woman and can be sore losers. Im not arguing with that. But they also have issues losing to anyone they perceive should not be better than them, hypothetically someone smaller, weaker, or significantly older or younger than them. Or, yes, a woman. For example, if a blue belt loses to a smaller or weaker black belt its no big deal. But if two guys who started bjj at the same time but have progressed at different speeds roll, sometimes youll notice that the less skilled one really doesnt want to lose, especially if hes bigger. And at the same time, he might be a reasonable partner with everyone else he rolls with. If you watch the guys on the mat, I think you will notice that its not just women they hate losing to. (My apostrophe isnt working, sorry.)

"If you watch the guys on the mat, I think you will notice that its not just women they hate losing to."

This is something I start doing the second a new white belt walks in, regardless of gender. The only person who's ever tried to yank a submission on me was an Olympic level female wrestler who was a good 90lbs lighter than me, so I watch everybody carefully...it's jiu jitsu, so the tiny girl can rip up some ligaments just like the big guys. It sounds strange, but I judge who I'll roll with by eye contact. Too much or too little, and I won't even give it a go.

Like PTG said, I give up the first tap to a newbie...I honestly barely even work submissions...mostly just sweeps (I need the practice) which sends a message of dominance without the potential humiliation factor.

I've always heard that once you get to blue, there's a target on your back. I've noticed waves of it at green, but I'm sure it'll be worse then. It's just another obstacle to learn to work through.