Jiu Jitsu taught me how to be a sports fan again.

It taught me how to trust sports. 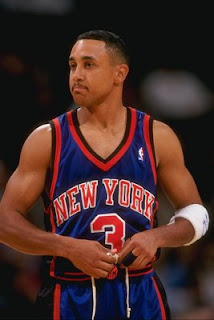 When I was around 11, I fell in love with the New York Knicks. This went beyond my burning pre-teen crush on John Starks. Somehow, the shooting, passing and ball-handling drills my father had me doing as a child had sunk in at some level. My blood ran strong with basketball, and while I never played, I appreciated it. My family, immediate and extended, didn't just watch basketball and cheer along, they discussed, analyzed and diagnosed. They debated technique, coaching strategies and player behavior. My father's and uncles' decades of experience poured into frequent protests over how the players of that day were losing their fundamentals. How athleticism was being pushed over technique. How Julius Erving's grace would never be matched.

When the Knicks lost to Chicago in the 1993 conference finals, my chest burned with anger. Michael Jordan was the bane of my existence. When they lost to Chicago again three years later in the conference semifinals...a tear rolled down my cheek and I realized I might have been too emotionally invested. I backed off sports, attending only one football game in college out of curiosity of Dante Culpepper, and one basketball game to watch my school trounce my parents' alma matter. I later risked my heart again with hockey, attending a couple of live Panther games...and then. Lockout. I gave up almost completely, only mustering the strength to watch the occasional Olympic competition.

Then came BJJ. I found myself last year, glued to the first Metamoris, focused and unmoving for the better part of three hours. The posters, the online and in-gym discussion of Ryron and Galvao, the VIDEOS...it all had me hyped like I hadn't been in years.

...and here I sit again, drooling over Metamoris 2, the Japanophile in my giddy at the very sound of Aoki's captivating voice. I'm trying so hard not to watch this again, but the awesomeness, man...the awesomeness.