How I got over my anxiety...and a night with old dudes and a hybrid.

That shirt down there, is from my middle school physical education uniform (I can't find the dark blue daisy dukes). Our year was broken into six week segments learning the rules and techniques of different sporting events. Football, basketball, golf, baseball, soccer, bowling, tennis, raquetball, track and field...I'm sure I'm missing a couple in there. I love my little middle and elementary school, but PE was the source of some of the most embarassing moments in my life.

I sometimes forget about the wide range of non-physical issues people are dealing with while training. I saw a post on a forum today of a guy who, 2 years into training, is still getting really bad anxiety going into class. He got quite a few questions from people who suffer from social anxiety issues and people who were just straight up scared. It got me thinking of how I got past that horrible, gut-wrenching fear that used to have me hiding in my car and the bathroom before class.


I started noticing I was much less anxious on open mat nights, which had a few differences from the regular class, so I started mentally removing every small component of the class I could think of...watching the "big kids's class", lining up, running, drills, watching a technique, repeating a technique, being corrected on a technique, getting water, picking a partner for rolling, rolling, shaking hands, changing...everything I could think of, and imaging how I would feel stepping into that class.

Turns out it was the warmup and ending up "the sweaty one". It had me going back to days as "the slow kid" in middle school. I started paying more attention to higher belts and realized I wasn't the only one having problems. Seeing that I wasn't alone combined with time helped me get past the anxiety. Now I just dislike it. Not running is the only perk of otherwise suck-tastic turf toe. 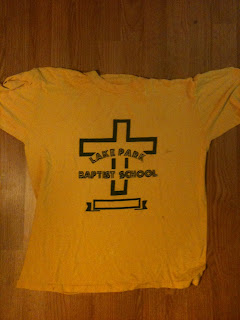 Tonight's class was a weird mix. Lots of 30+ guys and some converts from the no-gi class. After class, one of the higher belts whispered to me "hey...you hear all the old guys?" They were all in the corner, comparing ages. "I'm 45." "I'm 42." "Oh yeah, I'm 48." We chuckled and he asked how old I was (I think that's a big hallmark of of acceptance...the guys asking your weight or age without stuttering.) I then, once again, revealed my nerd status.

I've rolled with most of them before and normally they're chill...but let me tell you, tonight? I was glad to be with Mr. ThisismysecondgiclassandeventhoughIagreedtogolightI'mgoingtotrytocrackyourjawlikearipepecan. The old dudes were going for BLOOD tonight. There were four of them and the previously chill guys turned to flaming balls of aggression. But yeah...Mr. NoGi. Rolling with someone lost in a gi, but who knows non-gi related moves makes for a weird flow. At one point he let out a little yelp, looked at me and said "everytime you grab for something, I get worried at what you're about to do"...and then exploded into a clean guard pass.

It was a funny, great night, despite being toe-limited.

- Seriously, I'm really tiny, and running in a circle with all those huge guys is a little daunting sometimes. I get this fear of "What if I stumble and fall?" I picture myself falling and getting trampled by elephants! Then there is the whole shrimping thing. It takes me forever to get to the other end of the mat.
- I love the way you described no-gi guy.

Lol...I remember my first no gi class...running in that circle and I felt so small...no...weak. The guys looked so big and musclee in their rashguards. That's probably the reason I didn't go back to that class for over six months...lol

Thats a nice post. The anxiety thing for me rears its head usually when my ego pushes it. When I show up as if "I dont care"... laugh and get a sweat then I could care less. I go for things and often get in bad spots or tapped by those lower and "I could care less" haha. Keep showing up. My best performances in competition were always when I say "I could care less".