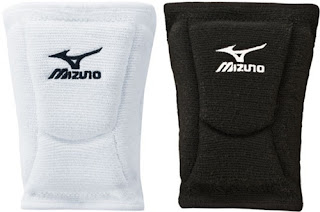 Had a flash today of some serious doubt. I'm still really bad at submissions...yes, this is where my mind goes after some time off. Oddly, even though I learned triangles and omoplatas first, I'm better at pulling off chokes. I still choke (haha...not really) with leggy submissions. I know I'm just a greenbelt, but the mind plays crazy tricks on you.

I started back on FlowFit today and my shoulder's feeling better after the rest. I think it's been a victim of my pull-up bar and I'm just going to have to be more careful. In other positive news, I've been extra curious about grips lately, ever since I read about a brown belt that said he believes his lack of understanding of them is the reason he hasn't yet progressed to black. So for the last week or so, I've been digging around for resources. I've found some great ones for reading and now this one...a nice compilation of videos on grips from different guards and how to deal with them. I've only watched three, but the videos even contain a few other principles that could be useful to beginners.
I ALSO got to try out some volleyball knee pads I picked up. I'm not going to be putting mats down in a room any time soon (though it's definitely not out of the question one day) so practicing coming to my knees without some kind of protection was out of the question on laminate floors. I gotta say...I love them. I have sensitive knees and I could practice without any discomfort at all.

Don't be too hard on yourself about submissions. The more important thing, in my newbie opinion, is to work on learning how to control your opponent from each position, and how to effectively move between positions without losing your control. Submissions will come as a result of having that control.

Thanks. As much as I know I'm doing what I should be, keeping that mindset can be hard.

I might try those knee pads to wear even on the mat...I have some, but they always crawl down to my shins which is annoying -- funny, I played volleyball in college and didn't think of getting v-ball knee pads (maybe because I never wore them ha). thanks for the idea, and good luck w/ BJJ!