Operation Tattered Belt: The Nature of Side Control

I've pretty much run through drilling all the escapes from Jiu Jitsu University and Blue Belt Requirements that I think will work for me and cut out the ones that won't...which is pretty much only Roy Dean's spinout. It feels risky and seems like it requires speed and favors smaller people who fit in little spaces and don't have limbs waiting to be yanked into submissions, so even though it may work in some situations, it would require a lot of drilling on my part. 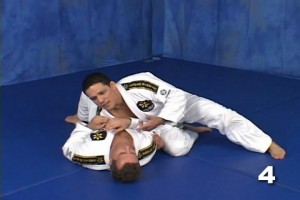 I started working standard and reverse kesa gatame tonight. I'm very much a top-down learner, so I started class drilling the JJU escapes with a lower (green) belt and finished it out just discussing and after training was done, playing with the position with a higher (purple) belt. Kinda taking the time to feel out the impact of belt level when drilling. Tossing around the idea of adding a lower belt to the feedback team.

But yeah...I got reacquainted tonight with a hard fact of the nature of side control. It takes strength. The thing about being on the bottom...and I've been drilling with minimal resistance and requesting full resistance...it's very different when rolling, and it's always an uphill battle. I believe possibly more-so with me because of my size. When guys, even big guys get me in side, I get a lot of pressure (I can make a decent amount of noise from the bottom). On top of that, it's easy to close up holes on me. Thinking of when I get top side on smaller people...they just wriggle out. I have to make large openings and spaces after getting elbows to the ground and arms safe.  So when the purple belt I was drilling reverse kesa gatame with said "Just keep distance and keep fighting...you'll think you're tired, but you're not", the importance of will jumped out at me.

I tried a little twist tonight though. While working with the purple, I let him work the same escapes on me. Seeing areas I left open solidified the insight into what I need to withhold to stay safe from submissions and an advancing opponent while trying to escape. It was hard to not start wanting to work problems I have with top side...but I gotta focus.

With him I also ran into the very big and unforeseen problem of people who switch between the three side controls for the sake of establishing an opening...adds a whole new dimension to keeping your position minimally disadvantageous.

This might not be the most helpful midset. IMHO, all you need to make is a little knothole just big enough to wedge your elbow or knee into (and your elbow is not any bigger than anyone else's). Once you've got a foot in the door, so to speak, you can go places... and it only takes a few inches to begin with.


Sorry- fingers are faster than brain....