These emotions keep catching me by surprise... 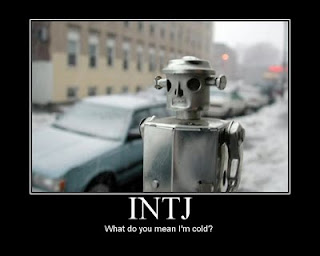 I've said it before...I build bonds slowly. I believe relationships should be carefully crafted. Most of the people I consider to be friends I've known 5+ years, some 25+. I've had guys surprised when I said I wasn't sure if I wanted a relationship with them since I'd only known them a year. A year is nothing to me when it comes to relationships. All that plus my INTJ status and sometimes swells of emotional connection can catch me off guard.

Thank you jiu jitsu, for that happening to me twice this week. The first was after one of my fellow green belts came back from vacation. He is the sweetest guy I've ever met, ever. I swear one day I'm going to hug him mid-conversation by accident. The full sleeve tattoo he has always catches me off guard, because I feel like he should instead be carrying around an injured puppy or cookies for homeless children. Well, he told me that he ran into a girl by chance that he'd seen before and they were dating. He'd brought her to class and wanted to introduce me to her. He was glowing even more than normal. I was so...happy for him. And I'm not the romantic type. I dread getting wedding invitations in the mail. When I hear somebody's started dating, it's like someone telling me they refilled their gas tank that morning. Just another part of life. Even when in a relationship, Valentine's day could pass without too much fanfare. Well, I don't know how, but a loud, relatively high-pitched "awwww!" came out of my mouth and I really wanted to meet the girl.

Fast forward to last night's class, when I told everyone I'd be out for a while and I was surprised to be met with so many genuine well wishes. I was headed for my car, and ran across my security blanket buddy (whom I was elated to see after his one month hiatus) and jokingly pushed him off the curb. He responded with the most genuine "have a safe trip" that I think I've ever heard. That night, I was terribly sad that I wouldn't see anybody or spar for a whole week. Crazy.

I've wondered about that intense camaraderie at BJJ myself. My theory at the moment is that you get so close because you fully explore eachother's weaknesses and strengths, as it's tough to hide anything about your abilities on the mats. That kind of honesty, especially as it happens every lesson, seems to be conducive to building friendships.

Sometimes I want to blame it on the endorphins, and while I do think hormones are part of it, I also believe that trusting someone to almost hurt you, then, well, not, builds bonds. Add on the physical proximity and regular "play" and I can see where all the warm fuzzies come from.

I once read somewhere that by the time you hit black belt, your jiu jitsu is a direct reflection of your personality, so walking the journey with someone could be similar to "growing up" together.

I think what drew you to BJJ is much different than what's keeping you there. Sounds like it will definitely be an interesting journey. :)

There does appear to be a link between your personality and your rolling style, from what I've seen.

For example, I'm quiet and passive, so I'll tend to be looking for escapes from underneath, playing a lot of guard (and getting squashed), rarely initiating anything offensive.

@ Trudy...completely different than what I expected. I walked in because I wanted to start a martial art before I got to old, stay physically active, learn some self defense and because the instructors looked friendly on the website. I honestly showed up for kickboxing...didn't expect this level of attachment at ALL. I was just thinking "Please don't be like the salsa community here. Thanks." LOL

@ Slidey...I've gotta see some video of you rolling one day. I'm still way to early on in the game to have a "style", but I'm curious to see what it will be.

Hah - I'm not sure I could say I've got a game yet either, as it's still early days for me too. Maybe approach would be a better word? But meh, semantics as ever.

There is video floating around of me getting crushed, from a couple of years back. E.g., on Facebook. I haven't changed all that much since, unfortunately. ;p

I love reading your posts! I know what you mean. It is surprising how attached you get to a group of smelly, sweaty guys who spend most of their time trying to choke you or lock up your joints! ;) But somehow it happens!