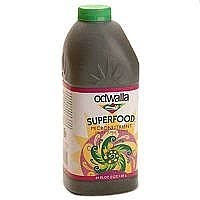 I'm starting to love liquid meals. As much as I love to cook, I tire quickly of the everyday grind of preparing meals to survive. Almond milk, Odwalla Superfood and protein powders are my best friends these days. I love BJJ...it makes me actually WANT to eat right.

Tonight I made a point of starting from side control at each restart and with each partner. I figure I'll spend the rest of this month and August doing this (I hope it's not an annoyance to my partners). I still had to fight to get out of scarf hold tonight and this was after making sure I was using nice, big hip escapes. I'm starting to think I need a bit of a bridge beforehand...timing man...timing. Either that or I need to focus on some escapes that don't involve getting a knee in. Today though, I was rolling with tiny people, so hopefully, next class, I'll go with some bigger guys and it'll be a bit easier. My original plan was to spend a month focusing on one offensive, and one defensive principle...which should have been getting off the bottom, and triangles. kinda forgot about the triangles though.

I think I may have embarrassed a new guy tonight and I feel kinda bad. We'd just finished class and when I walked into the cubby area, I heard this...sound. The first thing out of my mouth was "What's that? It sounds like fairy dust...fairy dust and kittens." Once I realized it was a phone ringing, I figured it was one of the girls who was also standing near by...but no. New guy checked it quickly and closed it while some other guys laughed. Oops. That was one of those situations where I wasn't sure if apologizing would have made it worse or not. But I guess if he checked it, he couldn't have been that embarrassed.
It's making me sad that doing two classes a night affects my job performance negatively. I would have loved to stay for both, but I couldn't. I just don't get to sleep until 12 and since I moved my work schedule back to make the earlier class, I'm getting up early, and six hours of sleep a night just doesn't cut it for for healthier Megan.

A cell belonging to one of my (male) kung fu classmates rang last week, and I had to tell him "Your cell sounds like you have Tinkerbell trapped in your pocket."

I love how you are slowly embracing the Part Time Grappler attitude :o)

1. Starting from the position you ned to work on is the best utilisation of your mat time.
2. Cutting classes to gain recovery and sleep time is a great strategy for the long run!

Hahaha! That is hilarious about the cell phone.

@Liam&Georgette...yeah, it's a great attitude:)

At my Church the Praise and Worship leader has a ring tone that fits that description. hahaha

Hahahahaha fairy dust and kittens. I told a guy he smelled like hearts and butterflies.