So glad to be back!

I left work WAY later than usual (gotta love end of month reports). If I made it to class, I'd be 30 min late...I went anyway. It was great! We worked a butterfly sweep I hadn't touched on in...probably a year. My hooks have gotten better, but I'm still not so hot at anything that involves getting my head to the mat. 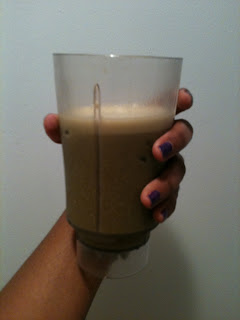 I got two compliments on my new, purple nails and was kind of disappointed at my triangle from the mount. When I first learned this, it was working left and right...thinking back, that was likely because I was working on opponents with longer arms. I was rolling with the new fire fighter lady and she's quite a bit shorter than me, so when she doesn't want to give up a limb, it's rough to get it. I saw the triangle failing and tried to switch to an armbar, but was a bit fuzzy on some of the detail. I need to drill.

Glad to be back on my "moss drink"...odwalla super food, flax oil and protein powder. Yays:)