I haven't had any in a long while, and I'm guessing the days of asking "Why am I doing this?" have passed, but I wanted to recap a few of the ones that stick out... 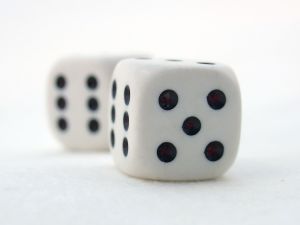 1)  My second roll, I don't remember what position I was in, but I looked over and saw a guy's foot, with a pair of dice tattooed on the top of his foot. Tat aside, I have a foot phobia, and that one was WAY too close to my face.

2) The first time I...expelled gas in class. It was during lifts and I was the only one left drilling. The room was silent. I was partnered with Mr. Rebar-for-ligaments. My instructor turned to some of the guys on the wall and smirked. I just...kept going.

3) When I went deaf after class for a minute. Freaked me out. Made an appointment with the cardiologist first thing in the morning.

4) The first time sweat fell in my mouth. Someone else's sweat that is. It was a white belt teen and it took all I had not to start flailing like a maniac.

5) My first time in north-south.

I'm guessing this happens most often with people who are out of shape, women and those who aren't used to that much personal contact.

Farts, sweat-in-mouth, north-south, and oh yeah-- when the waist string comes untied and pants start sagging in the middle of something very important... the lovely moments in which we all question our dedication even briefly...

That does put the "sic" in "physical" doesn't it!

being a boy (we're all icky by nature) those things didn't realllly get me. Mine were...I'll post about them! Thanks Meg.

By the way Georgette. Nothing could possibly be that important ;)

Hahaha, those are awesome. I have had many of those same horrifying experiences!! :)

@Georgette...the pants man...the pants. That always has me trying to make a choice. The position has always won out over the waistline though.

@PTG...Yeah...I bet none of that stuff even registers with most men. Can't wait for a guy-list:)

My first one was my first class.... the title of my blog came from it. Someone was trying to show me what a triangle was and he said "Just put your head arm between my legs..."

Another one that sticks out clearly in my mind was when I almost face planted on a piece of skin. I was mid way through being swept, and when I saw the questionable thing on the ground where my face was headed, I screamed. The sweeper stopped, froze really and held me mid air in an awkward position. I assume he thought I was about to land in some sort of injuring way, but no, it was just a piece of skin that someone had very rudely left of the mat. I seriously almost threw up. It looked like someone dry foot skin.

Another time was when one of my instructors informed me there was urea in sweat...which was promptly after he dripped sweat on my face.

And of course the horrifying body hair in my mouth incident.

Stepanie...I would have been right there with you. There's just something nasty about left behind skin. Sure, it's TECHNICALLY better than blood, but the creepy factor is more serious.

I can't even comment on the body hair. I just can't.

I've yet to have the sweat in the mouth experience, but I've had a giant drop of sweat fall into my eye almost in slow motion, and I feel you on the foot phobia. Hairy feet are the worst. I try to avoid them at all costs for fear of getting foot hair in my mouth *puke*

Wow! I have so much to look forward to!