Sleep is for the Weak 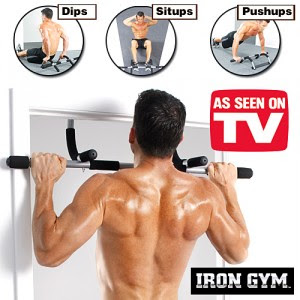 I'm learning that pushing my body harder physically amplifies the effects of any...shortcomings I have in nutrition and rest. Oddly enough, training has destroyed the progress I've already made in both areas.

I skipped class today. Last week I decided to proceed to step two of my class attendance plan. I've been working on my own version of what's affectionately called "the old man plan", which is basically stepping up from one class a week, to two, to three or more. I call it the "never played a sport in your life plan." Generally I try to eat something that's heavier in non-white carbs about 2hrs before to class. It's been working quite well for me in combination with the FRS chews. Thursday though, I picked up a sugary treat on the way home from work and ended up not eating before class. Let's just say 5 min into the warmup my legs felt like they were made of lead. Lesson learned. Eat right...especially on days you train.

My biggest lesson though has been the importance of sleep. Like my father, I have issues with sleep. My brother and I have a saying we jokingly toss around at each other: "Sleep is for the weak." This is usually done when one or both of us are exhausted beyond the point of coherent thought. I just don't like it much and I only do it because I know it's necessary. I don't like going to bed before 2am. That might be OK if I also didn't prefer to wake up before 7am. Conflict.

I'd been doing very well since grad school, getting a solid 8hrs every night...and that's 8hrs of actual sleep, not just 8hrs physically lying down. My body and brain were so happy. Then I started BJJ. For the first 8 weeks or so after class, I would lay in bed, unable to sleep because my heart rate wouldn't come down. Once I did fall asleep, I'd be jolted awake by thrashing legs or dream-like replays of my last roll. That's been calming down in the last few weeks...unfortunately, this interruption in a regular sleep pattern has me going to bed crazy late on weekends. I was up until 2am on Saturday watching Chinese movies and awake at 6 for church after going to bed at 1am. Oh, and I don't nap. Needless to say I was a wreck today at work. I kept telling myself that once I got home I'd feel up to going to class, but as it approached, I just felt sick and jittery. On the plus side though, I really wasn't nervous. Woohoo!

Last class was good. I rolled with a guy for the first time and when we finished, he shook my hand and said "excellent". I was also told that I was stronger than some of the guys. That makes me feel a bit better about my lack of upper body strength. Maybe I'll hold off on buying that IronGym.

I've decided that next class I just want to focus on my balance. Small goals. I wasn't very good at this in the first place, but since pulling something in my right knee, getting a solid base while on my knees has gotten even trickier. Outside of class I'm focusing on hip flexibility and sticking with my body weight program (modified to go easier on my knees). Off to go study some escapes...